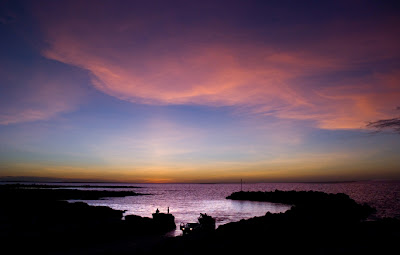 By the time I'd reached my late 30's I knew it all, at least I thought I did. I was secure in a good job, my photography was being well received and keeping me busy, I had a family, living in a comfortable cottage in the Australian Bush which I had built with my own bare hands (and a few of my friends' bare hands as well), and there was a future in sight, dim and clouded as it was.
The euphoria that accompanied this apparent  state of well being and contentment was also supplemented by a strange emptiness that filled my waking hours and a few of my sleeping ones as well. It was nothing I could put my finger on but it seemed I had a need to complete some unfinished business that was yet to be identified; maybe even commenced. 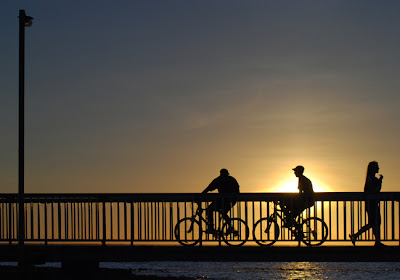 In an effort to resolve this inner struggle, I read. Anything from 'Zen  and the Art of Motor Cycle Maintenance to the Bible, all of which were ploys at explaining someone else's problems; certainly not mine. I didn't need a road trip or a God, I needed a simple answer. Two hundred pages of Buddhist ideology while standing on my head in some exotic yoga position wasn't giving it to me; just a head ache and a bad back.
While all this deep and meaningful stuff was transpiring, I had not seen my Old Man for some time so I called him up, and on the pretence of building something from wood which I knew he would be quite happy to interfere with, I asked him to come and stay awhile.
He turned up on the next train with his usual attire; dressed like he was going fishing and carrying only a small tartan bag from which the smell of week-old prawns emanated and the tip of a telescopic fishing rod protruded.
It's an Ugly Stik. You could tie a knot in it. I assumed he meant the rod.
He travelled light, my Old Man, but not fast.

After he had inspected my craftsmanship on the cottage and the new project, a large barn adjacent to the house which would be my studio and workshop, he settled into a shady spot on the verandah where, I imagined, he would stay until I took him to the train to return him home at some undetermined point in the future. He would muster enough energy during this dormancy bordering on hibernation to assist with the technical aspects on the building site - and fish. Occasionally he would break into conversation when he was reminded of something in his past. An old joke (which I had usually heard before), a place or person he recalled (who was more likely dead or missing), a song that came to mind (often something obscure he had heard on his favourite radio station: Triple J).
Do you remember so-and-so? I wonder what he's doing now? Looking up from yesterday's paper.
I invariably couldn't help him in his eager search for knowledge. He would return to his paper and scratch his balding head as if to find the answer in among the newsprint, possibly the obituaries.
Not many of the blokes are left. He would mumble. He might add as a recourse for his own persistence. 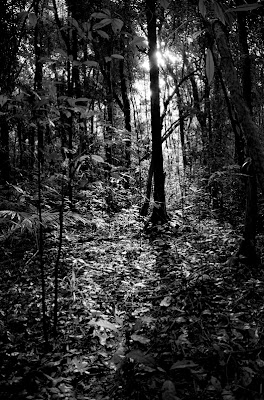 Towards the end of his stay, although I still wasn't aware of any use-by date at that stage, I borrowed a small row boat so we could venture out into the river early in the morning to catch the changing tide and, hopefully, a few flathead for which the Macley River was famous. As we rattled around with the trailer in the pre-dawn darkness, he took note that I had loaded my camera.
You fishing with that thing? He asked.
Thought I might catch a few shots while we fish.
Not while I'm fishing, you won't.
I knew the directness of my Old Man was harmless but none-the-less to be heeded if I was not to be reminded in the future (possibly for the rest of my life) of my forthcoming transgressions if I ignored him. The camera, much to my vexation, was returned to the house. As far as I recall it was the first time in twenty years I had been without it on such an occasion. It just didn't seem right. It felt as unsettling as failing to wear jocks with woollen trousers. 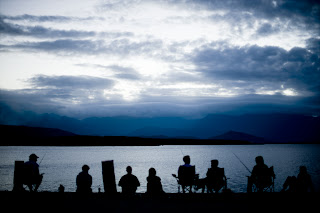 When we hit the river it was still dark. The silence was only broken by the smooth running of the tide, the splash of an occasional tailor feeding on bate fish and the rattling of the trailer chain. We slid into the water with a swoosh and paddled out into the blue-green darkness. The sky overhead appeared like black satin, brilliant with an infinity of stars. Something black passed a shadow across the void; a bat on its way home most likely. The air was warm and humid. A light flickered on the water, then vanished. Neither of us spoke.
We found a place to anchor and strung our lines out into the tide to wait for it to turn. We waited in silence, still as a tombstone in a churchyard he sat, humped over slightly, arms pushed forward with the line in his hand, staring into the blackness. I could well have been alone.
First light appeared. A yellow streak pushed its way into the sky above us like a finger pointing at our past and the arm to which it was attached would drag our future into the new day. I automatically reached for my camera before I remembered that it didn't have a place on this boat.
Lost something? He said
I wish I had my camera with me.
He remained silent. 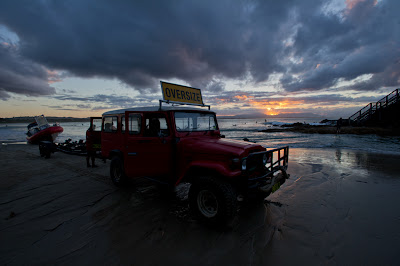 As the morning progressed and the light got stronger, the panorama of the river unfolded. This was by far one of the most picturesque places along the river, with its fleet of fishing vessels nestled into the shelter of a tight meander and the bridge dividing the sky from the water. In the background was the silhouette of Smokey Cape and Yarahapini and through the next thicket of mangroves the Pacific Ocean could be heard, roaring at the coastline before the yawning mouth of the Macley. I had photographed this place many times over the past years and it never failed to present a new, fresh and breathtaking vista. I itched for a viewfinder through which to look.
The Old Man pulled his line from the water. As I recall, it was the first time he had dried his line since we anchored.
I bet you wish you had your camera now. A wry smile sprung from his face and he winked slowly just to let me know who was in control.
Now all you can do is look at it. He added. 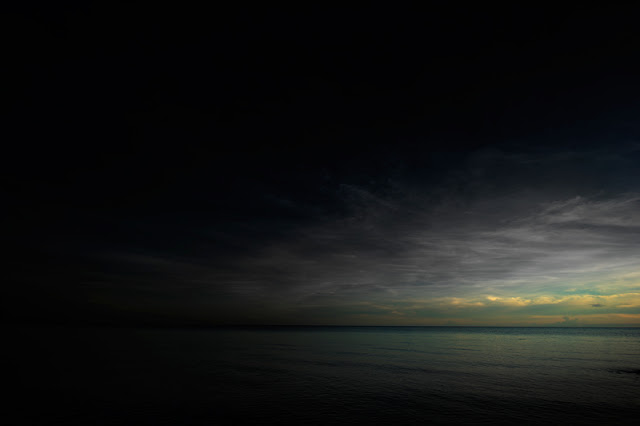 It always takes me a while to understand the implications of his veracity for briefness. Reading between the lines was something I grew up with in any conversation with my Old Man. He was the most understated overstatement I knew. It was like having a ten metre sign at the front door that simply said 'Enter' (in small print). It was like a driving test without the manual, a dictionary without all the letters, a play with the middle act missing, a song without a chorus, a 'Dear John' letter without the 'goodbye'.
Yet, in a single moment on that river, in the early hours of a November day, my Old Man provided me with all the answers I ever needed. Up to that point, I had viewed the world as if I was photographing it; recalling it later in a two dimensional flatness that I believed was everything. I had missed the point again. I had missed the real thing all along. My emptiness was beginning to fill. Once again I could begin to see why I was here on this river. Not to photograph it but to take it in, to enjoy it, to live it now, to sense it with everything I had. No distractions, no philosophies, no sales pitch for the customer, no display for the office wall. Just be here and take it all in. To share the experience as it happened. 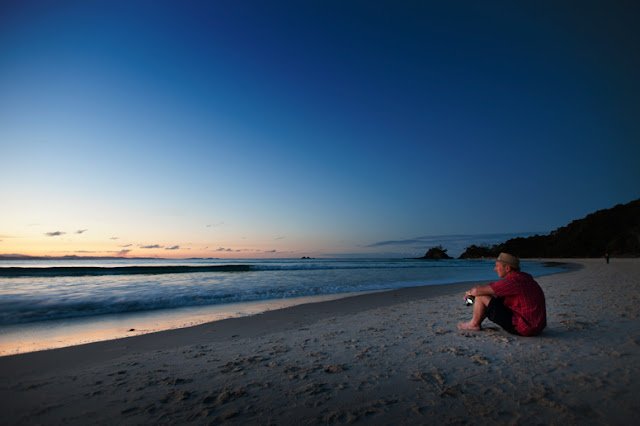 And I did. We both did. Together we sat for an hour or so and watched. I don't remember everything I saw that day while sitting there in that small boat with my Old Man but I do know I was there, in every sense of the word, with every sense of my body, taking in what I could. Once again I was learning to see and it was so fulfilling it was almost painful. I don't remember if I had a tear in my eye but I should have.
Had enough? He interjected, after what seemed to be an eternity in an instant.
He dropped his line into the water once more.
You didn't bait up. I enquired
I'm fishing, not catching. As if one might interfere with the other.
Er, Dad. Thanks for that.
I don't talk when I fish. That controlled smirk returned briefly. He returned to his distant gaze at the scene before us. I don't believe I had ever seen the river in such a way before.
And I'm still learning to see it.